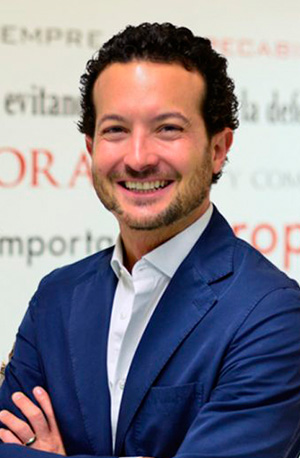 He has been a consultant for organizations in the private, public, and social sectors. He specializes in leadership development for senior managers and in accompanying organizational evolution processes.
He has been a consultant to organizations in the banking, energy, infrastructure, food, agricultural, retail and hotel industries, among others.
Luis Ernesto is a lecturer and visiting professor of the Executive MBAs of Westfield Business School and Sergio Arboleda University.
He holds a Master’s degree in Public Administration and is a Mason Fellow of the John F. Kennedy School of Government at Harvard, where he was later an assistant professor to Dr. Ronald Heifetz.
Luis Ernesto is a law gradutate from Universidad de Los Andes in Bogotá and holds a Master’s degree in Political Action and Citizen Participation from the Rey Juan Carlos and Francisco de Vitoria Universities, and The Madrid Bar Association (ICAM).
He has served as an advisor to the Presidency of the Republic of Colombia, as Executive President of Tourism of Cartagena de Indias, as Minister Counselor at the Embassy of Colombia in Washington and as Secretary-General of Cartagena City Hall.